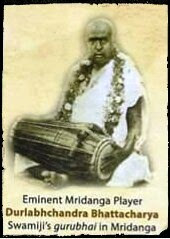 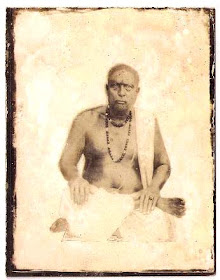 1878 of March Kolkata was gifted with an icon of Lala Kewal Kishan ji Gharana, Mridangacharya Durlava Chandra Bhattacharya(Dulli Babu). He belonged to the family of great Shaastrakaar’s , a very learned Brahmin family. His father ‘Vidyaratna’ Pt. Nandalal Bhattacharya was a famous Shaastrakaar. Dulli Babu’s ancestral home was at Santragachi, dist. . Dulli babu were 6 brothers and 2 sisters, he was the youngest among all. He went under the tutelage of Mridangacharya Murari Mohan Gupta when he was young about 20yrs. Old. Dulli babu was his guru’s favourite student so he used to travel with his guru for accompaniment and solo programs. Duli babu was also a brilliant Tabla player. He was enthusiastic, honest and promising artiste, who never thought music as job or business. He used to teach students without taking any fees and polished lots of pakhawaj performers. He also organized yearly Dhrupad programs in dedication of his guru Mridangacharya Murari Mohan Gupta, in front of his house at Shiv Narayan Das lane, Kolkata. He organized this yearly program and continued organizing till 30yrs.
On 12th of October 1938, we lost an excellent personality from Bengal, he died while performing in a program “Nikhil Banga Sangeet Sammelan” organized by Shri Bhupendra Nath Ghosh. 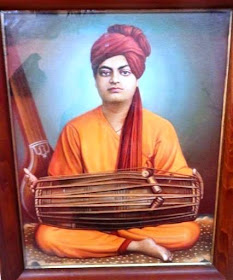 The multi- dimensional personality of Swami Vivekananda has always been an inspiration for us all over the world. He lived only 39 years and revolutionized the world with his powerful personality and prophecy for the future of India as well as the future of human civilization at large. Vivekananda was undoubtedly an appreciator and a performer of classical music. In 1887, when Vivekananda was only 24 years old, he co-edited and published a Bengali song anthology named Sangeet Kalpataru. Swami Vivekananda himself was a trained singer (though not professional). He received his classical music training from Kashi Ghoshal, Beni Ostad (his original name was Beni Gupta) and Mridangacharya Murari Mohan Gupta. In late 1881 in the first meeting between Ramakrishna and Vivekananda (then known as Narendranath Datta), Narendra Nath sang few devotional songs. His trained voice and his devotion towards music highly impressed Ramakrishna, which was followed by a cordial invitation to visit Dakshineswar. Ramkrishnabuwa Vaze, a renowned singer recorded that he had heard and learned a dhrupad from Swami Vivekanand who was well-versed in forms like the khyal, devotional bhajans as well as tappa. In Ramakrishna Kathamitra, we find Ramakrishna repeatedly requesting Narendra Nath to sing. The same book also shows us while listening to Narendra's song Ramakrishna is going into trance.

In Swami Vivekananda’s article “ Sangeet-O-Badya” is indeed a scientific exposition of music in those early days when science itself was not developed as it is now. Narendranath explained the origin of sound its vibration, its dynamic composition, its properties and other aspects with an extraordinary reflection in light of science and in an easy language so as to be understandable by any ordinary person. The said article is the mirror of Narendranath’s opulent and in depth knowledge in music. He has explained about the raga and ragini, he explained about the tuning up of the instruments those are commonly used with vocal music. He explained different rhythms and its innumerable formations which is usually unleashed through the talent of musician. The book was published one year after the demise of Bhagawan Sri Ramakrishna. The original book contained 646 songs printed on 495 pages published in the year 1887. Shri Baishnab Charan Basak was the publisher, according to Swami Sarvagananda Maharaj

The Bol Parans have been compiled from different Taals and recorded in an Audio Album format produced by the Ramakrishna Mission Institute of Culture, Golpark, Kolkata in the year 2014. The book Sangeet Kalpataru was re-edited by Dr. Sarbananda Chaudhuri in the year 2000 and while re- editing the book he gradually caught interest in extracting the Bol Parans and reveal the secrets in an audio format, so in mass, people would get the wonderful opportunity to hear the unrevealed extinct Bol Parans of the Lala Keval Kishan Gharana which Swami ji had learned from his Guru Mridangacharya Murari Mohan Gupta.

Here are two examples of Bol Paran extracted from Sangeet Kalpataru written by Swami ji. The original version of the Paran is written in Vishnu Digambar Paluskar style which was the only way to write notations during that period. I have tried to write the same notation in the new form of Bhatkhande Notation system which is the simplest way to read and understand in this present day. 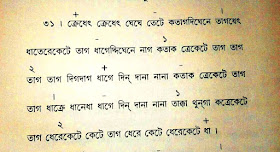 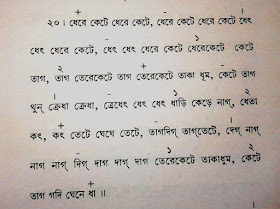 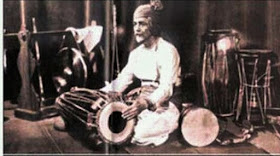 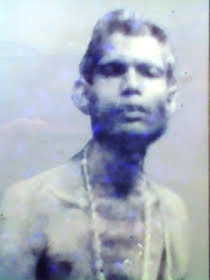